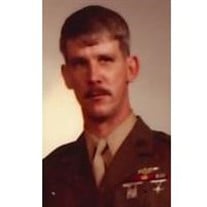 Ward, William “Bill” Reynolds, of Cedar Hill, Missouri was born July 31, 1954, in Joliet, Illinois, to Henry and Marjorie (nee Reynolds) Ward and entered into rest, Saturday, December 26, 2020 at the age of 66 years. He is preceded in death by his parents and three siblings, Michael Ward, Tricia Garner and Kathleen Ward. He is survived by his loving wife, Deborah (nee Counts) Ward of Cedar Hill, Missouri, two (2) children, William (Linda) Ward Jr. of Millington, Tennessee, and Tonya Pickle of Millington, Tennessee, one (1) step-son, Charlie Posey of Hillsboro, Missouri, eight (8) grandchildren, and many other family and friends. Bill proudly served his country as a United States Marine during Vietnam War and the Gulf War. Bill was an aircraft mechanic and built Sikorsky Helicopters. He enjoyed word searches, football and baseball. Bill will be fondly remembered and dearly missed by all who knew and loved him. Interment at Jefferson Barracks National Cemetery in St. Louis, Missouri. Family and friends can review and share stories, photos and condolences online at www.stlfuneral.com and follow details of this event and others in the community at www.facebook.com/stlchapelhill.

The family of William "Bill" Reynolds Ward created this Life Tributes page to make it easy to share your memories.

Send flowers to the Ward family.