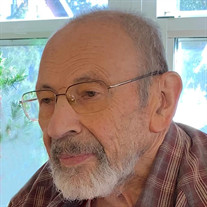 On April the 30 the heart of Vladimir Nemirovskiy stopped beating. 83 years ago, in 1938 Vladimir was born in Ukraine. During World War II he lived in evacuation with his mother in Siberia. After the war his father was transferred to an administrative job to Leningrad and the family followed him. There in Leningrad his father was running several large organizations. His last position was a head the Institute of Oil Chemical Industry. Vladimir graduated from High School #210 on Nevsky Avenue. The building of this school was well known to every citizen in Leningrad because of the inscription from the war time that said “during the artillery shelling this side of the street is more dangerous.” In his professional career Vladimir followed his father’s steps and dedicated his life to chemistry. He graduated from the Institute of Technology in Leningrad with the degree in Synthesis of Organic Compounds. Then he worked at the Academy of Science at the Institute of High Molecular Compounds and later on in the Research Institute of Hydrolyzes Industry. He spent a lot of time in Uzbekistan developing technology for waste disposal in wood industry. He knew chemistry well and showed his enormous passion for it. Vladimir could spend hours in the research lab. He defended his PhD and wrote over 300 hundred scientific publications. He participated several times in international scientific conferences in France. After moving to the United States he spent 15 years as a research fellow in the analytical lab at Nestle Purina. The range of Vladimir’s interests was very wide. He loved learning foreign languages, especially French and Polish. He drew well. He showed his interest for Old Russian religious icons and traveled a lot through Old Russian towns. He possessed great knowledge of Russian and French history. He read a lot. His greatest passion was the sailing sport. Yacht club was his second home. He spent all of his vacation time sailing on Yacht “Ariadna” on Lake Ladoga and Onega, Gulf of Riga and Finland of The Baltic Sea. He participated in international sailing regattas and had international Diploma of Yacht Captain which allowed him to navigate sail boats of any size. Traveling was one of his greatest passions. Vladimir loved life and spent the time he had in this world to its full capacity.

On April the 30 the heart of Vladimir Nemirovskiy stopped beating. 83 years ago, in 1938 Vladimir was born in Ukraine. During World War II he lived in evacuation with his mother in Siberia. After the war his father was transferred to an administrative... View Obituary & Service Information

The family of Vladimir Nemirovskiy created this Life Tributes page to make it easy to share your memories.

On April the 30 the heart of Vladimir Nemirovskiy stopped beating....

Send flowers to the Nemirovskiy family.