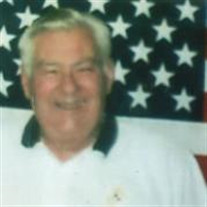 Young, Robert, of High Ridge, Missouri, was born September 7, 1932 in Brentwood, Missouri to Russell and Veronica (nee Dougherty) Young entered into rest Monday, August 9, 2021 in High Ridge, Missouri at the age of 88 years, 11 months and 2 days. He is preceded in death by, his parents, and sister Janet Antoine, He is survived by, his wife Itha Jean Young One (1) child, Diane (Bruce) Campbell, One (1) grandchild, Lauren Campbell, along with numerous extended family and friends. Robert was in United States Marine Corp. and served in the Korean War. He was invited back by the Korean government for the 25th anniversary to see the progress since the war. There he met the President of South Korea, visited towns and attended memorials. He also lived in Brazil for five years as well as working for the City of New York as a Metallurgist. Robert was a loving and devoted husband and father. He will be fondly remembered and dearly missed by all who knew and loved him. Visitation Monday, August 16, 2021 from 12:00p.m. – 3:00p.m. Service Tuesday, August 17, 2021 at 11:00 a.m. at CHAPEL HILL MORTUARY, 10301 Big Bend Rd. Kirkwood, Missouri, followed by interment at Jefferson Barracks National Cemetery. Memorial donations may be made to Diabetes Association. Family and friends can review and share stories, photos and condolences online at www.stlfuneral.com and follow details of this event and others in the community at www.facebook.com/stlchapelhill.

The family of Robert R Young created this Life Tributes page to make it easy to share your memories.

Send flowers to the Young family.