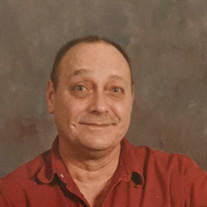 BARTLESON, Jr., Robert “Bob”, of High Ridge, Missouri, was born December 9, 1951 in Saint Louis, Missouri to Robert and Joan (nee Schoopmire) Bartleson and entered into rest Saturday, March 13, 2021 in High Ridge, Missouri at the age of 69 years, 3 months and 4 days. He is preceded in death by, his parents, one (1) brother-in-law, Kenneth Fischer. He is survived by, his loving wife, Mary (nee Ross) Bartleson, of High Ridge, Missouri, two (2) children, Laurie (Stephen) Ray, of Pacific, Missouri and Robert (Ginel) Bartleson III, of High Ridge, Missouri, five (5) grandchildren, Robbie Bartleson, Lainey Bartleson, Kaden Bartleson, Gavin Ray and Eleah Bartleson, two (2) sisters, Karen (Earl) Warren, of Fenton, Missouri and Deborah Fischer, of Morris, Illinois, along with numerous extended family and friends. Robert was a member of St. Anthony’s Church in High Ridge. He was also a member of the Union Association Local 562 Plumbers and Pipefitters for 50 years. Robert enjoyed being outdoors and spending time with his family. You would often find him fishing or on a camping trip. He will be fondly remembered and dearly missed by all who knew and loved him. Memorial Mass Friday, March 26, 2021 at 1:00 p.m. at St. Anthony of Padua Catholic Church, 3009 High Ridge Blvd, High Ridge, Missouri 63049. In lieu of flowers, memorial donations may be made to Mercy Hospice, 1630 Des Peres Rd. Ste 305, Saint Louis, Missouri 63131. Family and friends can review and share stories, photos and condolences online at www.stlfuneral.com and follow details of this event and others in the community at www.facebook.com/stlchapelhill.

The family of Robert "Bob" Bartleson, Jr. created this Life Tributes page to make it easy to share your memories.