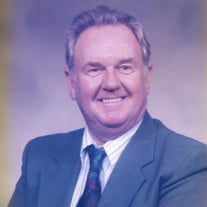 DELBRUEGGE, Richard Donald, of High Ridge, Missouri, was born December 4, 1934, in St. Louis, Missouri to Edward and Amelia (nee Conrad) Delbruegge and entered into rest Sunday, December 27, 2020 in his home at the age of 86 years and 23 days. He is preceded in death by his parents, his loving wife, Novella Delbruegge, one (1) step-son, Johnnie Hue Smith, Jr. and one (1) granddaughter, Dana McDonald. He is survived by, three (3) children, Perry R. (Ella) Delbruegge of Fenton, Missouri, Tammy Delbruegge of High Ridge, Missouri and Allen Delbruegge of Fenton, Missouri, three (3) grandchildren, Brad Smith, Melissa Smith and Codi (Clay) Rohrer, nine (9) great-grandchildren, Patrick, Daniel, Tyler, Paige, Makayla, Brooke, Madison, Luke and Whitney, many great-great-grandchildren, along with many cousins, other family members and friends. Richard loved cars, hunting and motorcycles. He enjoyed road trips with his wife, Novella. They would listen to gospel and country music while touring the highways of the United States. Richard also loved woodworking and he excelled at it. He was very creative and imaginative. He built his own kitchen cabinets, birdhouses and beautiful knives. He even remodeled the home his father owned. Richard was meticulous about a variety of items he enjoyed collecting. He loved his family and was dedicated to making memories with them. His children remember one Christmas Eve that he created an ice rink using black plastic and a water hose. He was anticipating their ice skates they would open on Christmas morning. He will be fondly remembered and dearly missed by all who knew and loved him. Visitation Wednesday, December 30 from 4:00 p.m. until 8:00 p.m. at CHAPEL HILL MORTUARY, 6300 Highway 30, Cedar Hill, Missouri. Graveside Service Thursday, December 31, 11:00 a.m. followed by interment at Chapel Hill Memorial Gardens. In lieu of flowers memorial donations may be made to Open Door Animal Sanctuary or First Baptist Church of Murphy. Family and friends can review and share stories, photos and condolences online at www.stlfuneral.com and follow details of this event and others in the community at www.facebook.com/stlchapelhill.

DELBRUEGGE, Richard Donald, of High Ridge, Missouri, was born December 4, 1934, in St. Louis, Missouri to Edward and Amelia (nee Conrad) Delbruegge and entered into rest Sunday, December 27, 2020 in his home at the age of 86 years and 23 days. He... View Obituary & Service Information

The family of Richard Donald Delbruegge created this Life Tributes page to make it easy to share your memories.

Send flowers to the Delbruegge family.