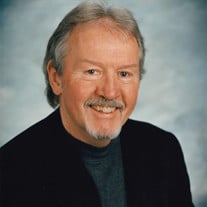 Carter Jr., Richard of St. Louis, Missouri, was born October 17, 1942, in St. Louis, Missouri to Richard and Inez (nee Hutchinson) Carter and died Wednesday, November 24, 2021, in Maryland Heights, Missouri at the age of 79. He is preceded in death by, his parents He is survived by, his daughter, Kristin Carter, One brother Robert (Arlynne Swanson) Carter One sister Linda (Jerry) DeHaven along with numerous extended family and friends. Richard was a graduate of Northwest High School, where he earned varsity letters in baseball, basketball, and track. He was a talented athlete, playing softball and basketball throughout his life. Richard also enjoyed watching sports, especially the St. Louis Cardinals, a team he loved it when played well and loved ranting about when it didn’t. He lived his life in the fast lane, frequenting car shows and driving fast, especially in the Corvettes he owned over the years. Richard loved spending time with friends he made at car shows and car club events, and the times he shared with his fellow car lovers were among his most cherished memories. Richard was a successful sales professional, beginning with car sales, later owning his own insurance agency, and ultimately transitioning into real estate. He continued to work beyond retirement age with a small group of investors in flipping houses. He was proud to have served in the U.S. Army Reserve from 1961-1968. He will be fondly remembered and dearly missed by all who knew and loved him. Visitation December 2, 2021, from 10:00 am – 12:00 pm with Funeral service December 2, 2021, at 12:00 pm at Chapel Hill Mortuary, 6300 Hwy 30, Cedar Hill, Missouri, 63016, followed by Internment at Chapel Hill Memorial Gardens. Memorial donations may be made to The American Lung Association or St Jude Children’s Research Hospital. Family and friends can review and share stories, photos and condolences online at www.stlfuneral.com and follow details of this event and others in the community at www.facebook.com/stlchapelhill.

Carter Jr., Richard of St. Louis, Missouri, was born October 17, 1942, in St. Louis, Missouri to Richard and Inez (nee Hutchinson) Carter and died Wednesday, November 24, 2021, in Maryland Heights, Missouri at the age of 79. He is preceded... View Obituary & Service Information

The family of Richard Carter Jr. created this Life Tributes page to make it easy to share your memories.

Send flowers to the Carter family.