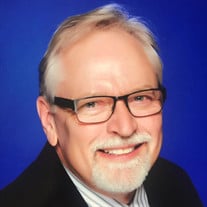 Lumpkin, Paul, of Pacific, Missouri, was born January 8, 1944 in Saint Louis, Missouri to Paul and Agnes (nee Schott) Lumpkin Sr. and entered into rest Monday, November 23, 2020 in Creve Coeur, Missouri at the age of 76 years, 10 months and 15 days. He is preceded in death by his parents and his two siblings, Pat Lumpkin and Fred Harris. He is survived by his beloved wife Janet Lumpkin, four (4) children, Cara (Richard) Frahm, Cathy (Kurt) Hermann, Lisa (David) Cottingham and Douglas (Katie) Lumpkin, nine (9) grandchildren, Wilson Frahm, James (Alix) Morgan III., Connor Trybus, Colin Trybus Gavin Cottingham, Blake Cottingham, Katie Hermann, Jack Lumpkin and Lyla Lumpkin, one (1) great grandson, Weston James Morgan two (2) siblings, Larry Lumpkin and Jon Harris along with numerous extended family and friends. Paul married Mary Janet Reary in 1966 and they were together for 54 years. He graduated from Logan Chiropractic College in January of 1967 before serving in Vietnam from 1968 to 1969. Paul joined the army in 1967 and left the military in 1969. After returning from Vietnam, Paul started his chiropractic practice in January of 1970 in Pacific Missouri. He will be fondly remembered and dearly missed by all who knew and loved him. Visitation Thursday, December 3, 2020 from 4:00 p.m. until 7:00 p.m. at NEW BEGINNINGS LUTHERAN CHURCH, 791 New Beginnings dr. Pacific, Missouri, 63069. Family and friends can review and share stories, photos and condolences online at www.stlfuneral.com and follow details of this event and others in the community at www.facebook.com/stlchapelhill.

The family of Paul Lumpkin created this Life Tributes page to make it easy to share your memories.

Send flowers to the Lumpkin family.