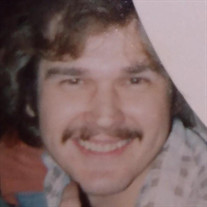 Lewis R. Culley, “Known to many as Jug” of Dittmer, Missouri, Peacefully passed away on Sunday, May 30, 2021. He was the oldest child born to Lewis A and Barbara L. Culley, Jr. (nee Shelton) on June 26, 1960 in St. Louis County, Missouri. He is survived by his father, Lewis R. Culley Jr. of Dittmer, Missouri, three siblings, Keith A. Culley, Sr. (Pam) of Irondale, Missouri, Caralynn (Mike) Ronchetto of Potosi, Missouri, Tonya (Don) Belfield of Dittmer, Missouri, his estranged wife Christina Culley (nee Dodson) of St. Clair, Missouri, daughters, Sabrina (Josh) Sutton of Rogers, Arkansas and Melinda (Nathan) Skinner and many Aunts, Uncles, Nieces and Nephews. Three grandchildren, Bailey and Parker Sutton and Jackson Skinner. He is preceded in death by his mother, Barbara, Niece Caitlyn Ronchetto and Great Niece Florense Uzzetta. Lewis Retired from BNSF rail yards in 2019 after 30 years. He loved to BBQ and play his guitar and wants us to remember that he is only saying farewell for now and not goodbye. Rest in peace brother until we see you again.

The family of Lewis R. Culley created this Life Tributes page to make it easy to share your memories.

Lewis R. Culley, “Known to many as Jug” of Dittmer, Missouri,...

Send flowers to the Culley family.