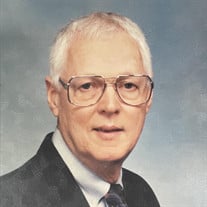 Minor, Jack, of Osage Beach, Missouri was born January 30, 1932, in Silvis, Illinois, to Elmer and Hazel (nee Williams) Minor and entered into rest, Wednesday, May 26, 2021 at the age of 89 years. He is preceded in death by his parents, his daughter Teri Gordon and his sister Dolores Desliere. He is survived by his beloved JoAnn DiSalvo of over 17 years, two (2) children of previous wife (Dixie Minor) of 48 years, Jacki (Dennis) Fanger and Michael (Julie) Minor, nine (10) grandchildren, Derek Gordon, Lyndsey Gordon, Adam Fanger, Shawn Fanger, Justin Fanger, Katie Fanger, Lauren Minor, Jenna Minor, Cody Minor and Kayla, two (2) nieces and nephews, Deanne and David, as well as numerous extended family and friends. Jack was a man who loved his work and his family. His hobbies included charity work with his Elks Lodge and riding his Harley Davidson motorcycle. He enjoyed his work and his contributions in the ice industry. Jack was proud of his service in the U.S Navy, serving on the aircraft carrier The Champ, CVA39. He was also a proud member of the Masons, The Shriner’s, Osage Beach Elks and the Royal Order of Jesters. Jack was also a selfless man who donated much of his time and money towards charities such as Shriner’s Hospital for Children, Saint Jude Children Research Hospital and the Wounded Warrior Project. He will be fondly remembered and dearly missed by all who knew and loved him. Visitation Tuesday, June 1, 2021 from 4:00 p.m. until 8:00 p.m. at CHAPEL HILL MORTUARY, 6300 Highway 30, Cedar Hill, Missouri. Service Wednesday, June 2, 2021 at 12:30 p.m. at CHAPEL HILL MORTUARY followed by interment at Jefferson Barracks National Cemetery. Memorial donations may be made to either St. Jude Children Research Hospital, Wounded Warrior Project or Shriner’s Hospital for Children. Family and friends can review and share stories, photos and condolences online at www.stlfuneral.com and follow details of this event and others in the community at www.facebook.com/stlchapelhill.

Minor, Jack, of Osage Beach, Missouri was born January 30, 1932, in Silvis, Illinois, to Elmer and Hazel (nee Williams) Minor and entered into rest, Wednesday, May 26, 2021 at the age of 89 years. He is preceded in death by his parents, his... View Obituary & Service Information

The family of Jack Minor created this Life Tributes page to make it easy to share your memories.

Send flowers to the Minor family.