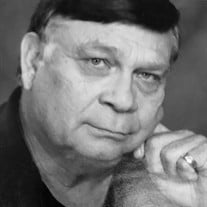 Challans, Earl G., of High Ridge, Missouri was born June 11, 1945 in Decatur, Illinois to Ralph and Gladys (nee Shade) Challans and entered into rest Wednesday, July 29 at the age of 75 years, 1 month and 19 days. He is preceded in death by his parents. He is survived by his wife Penny (nee Roques) Challans, Five(5) children Nicole (Michael) Pettis of Milwaukee, Wisconsin, Joseph Challans of High Ridge, Missouri, Amy (Robert) Blayney of Lees Summit, Missouri, Christina (Ryan) Lawson of Topeka, Kansas and Dennis (Jennifer) Challans of St. Peters, Missouri. Five (5) Siblings William, Charles, Ralph, Trudy and Aetna Ten (10) grandchildren. Earl was an entrepreneur specializing in food service. He was the proprietor of four Mr. Donut locations in Illinois as well as the Big Guys Restaurant in Pacific, Missouri. He was a Vietnam Army veteran who received a Purple Heart and a Bronze Star with an Oak Leaf Cluster as well as a Vietnam Bronze Star with an Oak Cluster. He was also nominated for a Silver Star. Earl was a member of several service organizations including the Business Network International, Ambucks and Commander of the American Legion Post 783. He was a loving father who was most proud of having raised his children to become warm, loving and caring adults. Visitation will be Thursday, August 6, 2020 from 4:00 p.m. until 8:00 p.m. at CHAPEL HILL MORTUARY, 6300 Highway 30, Cedar Hill, Missouri. A Funeral Mass will be held on Friday, August 7, 2020 at 10:00 a.m. at St. Anthony of Padua Roman Catholic Church 3009 High Ridge Blvd., High Ridge, Missouri. Please be advised that St. Anthony's strongly encourages the use of face coverings for Mass. Interment will be at Jefferson Barracks National Cemetery. Memorials in his honor are encouraged to a charity of your choice pertaining to Veterans Affairs. Family and friends can review and share stories, photos and condolences online at www.stlfuneral.com and follow details of this event and others in the community at www.facebook.com/stlchapelhill.

Challans, Earl G., of High Ridge, Missouri was born June 11, 1945 in Decatur, Illinois to Ralph and Gladys (nee Shade) Challans and entered into rest Wednesday, July 29 at the age of 75 years, 1 month and 19 days. He is preceded in death by... View Obituary & Service Information

The family of Earl G. Challans created this Life Tributes page to make it easy to share your memories.

Send flowers to the Challans family.