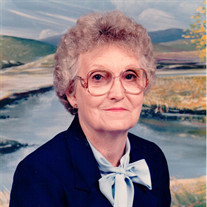 Beulah E. (Abner) Davis, age 94 years, a resident of Vienna, passed away Wednesday morning, April 7, 2021, at 10:56 AM at her home. Beulah was a former resident of Cleveland, Mississippi and had resided in Vienna for the past 20 years. Beulah was born February 25, 1927 in Newport, Kentucky. She was the daughter of Jess James Abner, Sr. and Mary Nancy (Maines) Abner. On May 25, 1977, Beulah was united in marriage to Elvin R. “Dave” Davis in Pacific, Missouri. He preceded her in death on December 2, 1993. Survivors include: a stepdaughter – Janet (her husband, Harry) Dury of Missouri; 4 grandchildren; 3 great grandchildren; 2 sisters – Nettie O’Hair and Virginia (her husband, Jim Bob) McBride and a brother – Ernie Ray (his wife, Susie) Abner all of Vienna, Illinois. In addition to her parents and husband, Beulah was preceded in death by: a stepson – Butch Elvin Davis, Jr.; siblings – Mary Elizabeth Averitt, Hubert Lee Abner, Minnie Marie Pedigo, Jess “Junior” Abner, and Stanley Edgar Abner; and an infant sister – Alice Frances Abner. During her working career, Beulah was employed as an assembler in a number of manufacturing plants. She also worked as a cafeteria cook and was last employed by the Cleveland, Mississippi public school system. In her spare time, Beulah enjoyed fishing, knitting, making handcrafted crochet items, watching television (she particularly enjoyed watching westerns, especially Gunsmoke, and the movie Quigley Down Under). Along with her sister Nettie, Beulah enjoyed watching the Hallmark Channel movies. She was an avid St. Louis Cardinals baseball fan. Beulah was of the Protestant faith. A service honoring the life of Beulah Abner Davis will be conducted Tuesday afternoon, April 13, 2021, at 2 PM at Chapel Hill Mortuary, 6300 Highway 30, Cedar Hill, Missouri 63016. Interment will follow in the Chapel Hill Memorial Gardens. Visitation will be conducted Tuesday afternoon from 1 PM – 2 PM at Chapel Hill Mortuary. Memorials may be made to the Vienna Volunteer Fire Dept., P.O. Box 1442, Vienna, Illinois 62995. Local arrangements have been entrusted to Bailey Funeral Home in Vienna.

Beulah E. (Abner) Davis, age 94 years, a resident of Vienna, passed away Wednesday morning, April 7, 2021, at 10:56 AM at her home. Beulah was a former resident of Cleveland, Mississippi and had resided in Vienna for the past 20 years. Beulah... View Obituary & Service Information

The family of Beulah E. (Abner) Davis created this Life Tributes page to make it easy to share your memories.